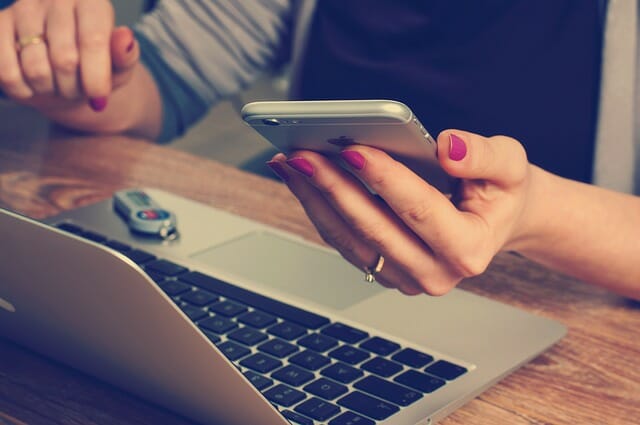 The modern world is rapidly evolving. We are constantly confronted by new, world-changing technologies from the internet to heart transplants. These technologies bring with them a host of questions that Christians need to wisely and prayerfully consider. This post is just an exploratory article to help create a springboard for a larger, more in-depth discussion. It helps define what technology is, provides a cursory glance at two topics, and gives a small list of further topics to investigate.

Defining technology can be difficult. The conversation surrounding it is full of pitfalls and dead ends. In order to maneuver around these, we need to recognize that culture created this concept in order to identify a radical social and historical force. In From the Garden to the City, John Dyer highlights the history that has shaped our understanding of what technology is. These historical roots can lead to certain ambiguities and inconsistencies when we try to find out why we use this term the way we do. In modern usage, we generally use it in two ways. First, technology encompasses the process and objects that make other objects. “Discovering the technology to make nuclear bombs has changed politics forever.” Second, technology can be the objects that are made. “This phone is an impressive piece of technology.

However, it generally only makes sense to use the term “technology” about past advances as they relate to their own time. I own several books. It would generally not make sense for me to talk about them as technology. If I held up one of my books and said, “This is an impressive piece of technology,” most people would expect me to talk about the history of the book instead of its current innovative power. However, if I was talking about books in Gutenberg’s time, I might use the term technology to describe the new printed books. “The new technology of mass produced books was astounding.” These ambiguities can be relatively easily resolved if we think of the term as a tool rather than a systematic definition. The term “technology” reflects our human need to name and identify the massive force that has radically altered our everyday lives.

THE WAVE OF THE INTERNET

I remember getting access to the internet for the first time around twenty years ago. In historical terms, twenty years is less than the blink of an eye. Within the last twenty years, we have seen the rise of Facebook, Amazon, Netflix, and Google, not to mention the smartphone which ties into all of these huge entities. Before the rise of the internet, we had the creation of nuclear weapons, jet airplanes, telephones, and automobiles, and do not forget heart transplants, vaccines, or even skyscrapers. The naming of “technology” is the result of the human need to deal with extraordinary change.

The first example of technology that confronts the church is a very common whipping boy for evangelicals. Whenever the term technology comes up, especially among evangelicals, the discussion often veers into the negative effects of digital culture, especially on children. Protestants and evangelicals were born from a literary world so the transition to a digital world may be especially hard. Most scholars would cite Gutenberg’s printing press as a major part of what made the Reformation possible. The importance of text in evangelical culture can be seen in the emphasis on personal devotions which almost always includes reading your Bible, a possibility that did not even exist for most Christians before Gutenberg’s printing press. Before this, the church relied heavily on the use of images to provide a way for the majority of people who were illiterate to interact with the Gospel.

FROM ORAL TO WRITTEN

This history is especially important as Christians interact with this new era of digital technology. Before we understand the transition of this era, we should look at the transition of a past era. As people shifted from an oral culture to a written culture, critics of the new written culture appeared. One of the most common critiques was that relying on the written word would weaken your memory.

This has become an actual fact. People who live in oral cultures exercise their memories considerably more. They are capable of memorizing whole books in a way that can seem almost superhuman to someone from a literate culture. From a literate culture’s perspective, it is difficult for us to understand the problem with losing memory when we can just pick up the paper that we have written something on. This gives us more mental space to think about other things, and we can more easily share the knowledge that we have written down, especially if it is easily copied with a printing press. However, if we lose the pad of paper, or the appointment in our Google calendar gets deleted, we can very easily be lost without the tools that we have come to rely on. As we transition from a written world to a digital world, we will lose certain skills to the tools that replace them.

FROM WRITTEN TO DIGITAL

Evangelical culture often derides digital culture because of the loss of attention span. Studies, such as the one carried out by Gary Small in 2008, demonstrated that people with little to no internet experience could have their brains rewired within a very short time. “Five hours on the Internet, and the naive subjects [people with no previous internet experience] had already rewired their brains.” This is frightening, as change always is. However, it is important to note, that the skills that may have been necessary to survive and even thrive in a literate culture may become irrelevant in a truly digital culture. The lack of memorization has weakened our brains in certain ways. The lack of attention spans or even loss of face to face interpersonal skills will be exactly that, a loss. But, these skills may not be necessary in a digital culture, and what the replacement skills will be will not become apparent until we have become a truly digital culture.

For instance, many people will cite studies that reading has dropped (for example here), but they will often fail to mention that literacy has actually risen. Coming from a web development background, this is most obvious in the fact that people are actually attracted to longer blog posts. Ten years ago, short blog posts were advocated as the way to go because people were impatient and would not read a longer blog post. Now, we know that nobody reads even a shorter blog post. People skim blog posts and find the information that’s most important to them. More people can read, but they are reading online and in a different way. This is an understandable response to having more information at our fingertips than entire libraries of the ancient world.

In short, a digital culture will probably be inferior to a literary culture in real and substantial ways. However, it is unwise to completely judge the digital culture by the standards of a culture based on the written word. After all, the digital world has its share of strengths as well as weaknesses. As Christians, we should address the weaknesses and utilize the strengths of this transitioning culture which requires a spirit that hears first and proclaims later. As James tells us, “Be quick to listen, slow to speak, and slow to become angry.”

This next example of a technology question that confronts the church is the relationship between the advance of technology and the poor. In her book, The Ethics of Invention, Sheila Jasonoff explains that in the 1970s a power company tried to build a nuclear power plant near the city of Ithaca, New York. The well-off, well-educated community turned to Cornell University for help in stopping the construction from taking place. Instead, power plants and chemical plants are built near poorer, less educated communities who do not have the same resources to fight large corporations.

Technology is always built with a general target in mind. Companies create a composite of their target user and build with that person in mind. This is how odd and disturbing things happen like when some smart cameras failed to focus on African American faces. Similar things can happen when experts assess the possible risks of a new technology. Because of the costs associated, risk assessment often analyzes a new technology in isolation. For instance, if a company wants to do a safety study of a pesticide, they rarely look at how that pesticide interacts with other chemicals. Besides the fact that poorer communities are more likely to be exposed to pollutants, safety studies rarely assess the risks involved in being exposed to multiple pollutants and the way that these pollutants can harmfully interact with each other.

There is no question that technology can benefit both the poor and the rich, but as Christians we are reminded that, “whatever you did for one of the least of these brothers and sisters of mine, you did for me.” While the benefits are real, the risks are not equally distributed. I am not in anyway suggesting that this is a simple issue with a simple resolution. In fact, technology complicates rather than simplifies the issues surrounding poverty, but that complexity does not absolve us of our responsibility to address these issues.